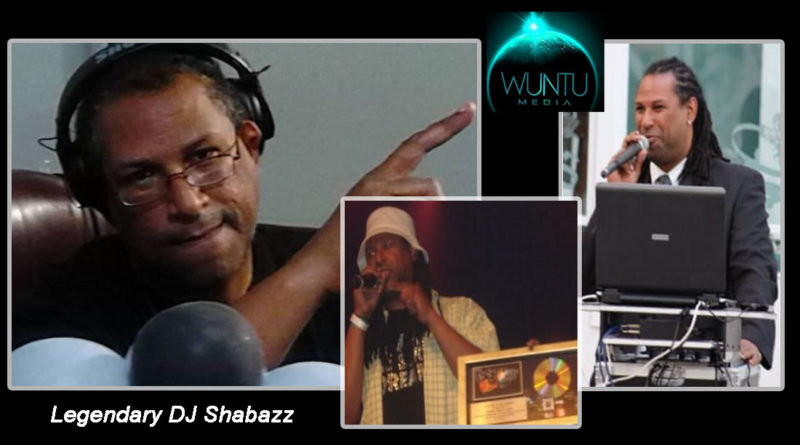 WunTu Media and Atlanta legendary’s DJ Shabazz have formed a strategic alliance.  DJ Shabazz has an extensive music background, across several segments of the industry.

A Queens, NY native, turned King of the Atlanta music scene, DJ Shabazz is no stranger to bringing the beat the way the beat should be brought. An Atlantan since 1986, Shabazz has set the trend and standard of what’s hot and what’s not.  Since relocating to Georgia clay, he has continued to amaze and dazzle all those fortunate enough to step into a venue where he controlled the wheels of steel.

Getting his start at the tender age of 13, Shabazz laughs as he thinks back to sneaking into the room of the older brother of his 7th grade comrade to teach him the skill of his soon to be trade.  After being discovered, that same older brother gave him valued insight and launched him unknowingly on a path to greatness.

Carrying with him a passion instilled by his father, an African percussionist and his mother, a professional dancer, Shabazz was destined to be in entertainment.  Although he was bit by the radio bug by a 5th grade creative writing teacher who introduced him to radio, it wasn’t until 1991 that he made his debut on Georgia State University’s WRAS 88.5.

Shabazz’s legacy runs deep throughout Atlanta.  In the early 90s, he would be responsible for breaking new Hip-Hop & R&B as part of the Rhythm & Vibes show line-up. This 4-hour weekly show was known throughout the 90’s music industry as the proving ground for new music. He would continue his radio career with slots on WVEE V-103, WRFG, WREK and as a guest DJ during WHTA’s “Mix Weekends.”

In 1993, Shabazz would realize one of his greatest accomplishments, as he stood proud at the opening of his very own record store, the Atlanta landmark, EarWax.  Opening the doors to EarWax was the pinnacle of all the hard work and dedication that he had given to his trade as a disc jockey.

After forming Atlanta’s first promotional street team, Keep It Street, Shabazz introduced himself as not only a force to be reckoned with, but also a business creative mind that would benefit any entertainment establishment.  As a result, he worked with some of the largest hip hop labels at distribution companies in the music business.

As the industry started changing and moving away from physical product to download streams, Shabazz decided to put his efforts into the creative aspect of the business.  He combined his expertise with his love for and knowledge of sound equipment.  Over the next decade, he managed the pro audio and recording departments of Sam Ash Music stores in Atlanta and Las Vegas.  Shabazz likens the experience to going back to school:

“I have always dealt with music after it was completed either from a DJ, promoter, or sales standpoint and I wanted to get in front of it.  I find it extremely rewarding that I can help the next generation to get to where they are going.”

Shabazz has now reinvented himself as a top recording engineer and producer, and has even worked on the newly released song “Take Me” by the legendary Tony Terry.  Shabazz has also engineered sessions for Glenn Jones and Regina Belle, Mike Jones, Professor Griff, and has worked with many other legendary producers.

From passing out CD’s and flyers, to mixing songs on the radio and in the studio, DJ Shabazz has been there, done that, and is always ready to do even more as a legend is his own right.  WunTu Media is excited to have DJ Shabazz as a member of our strategic team, and our organization looks forward to working with him.