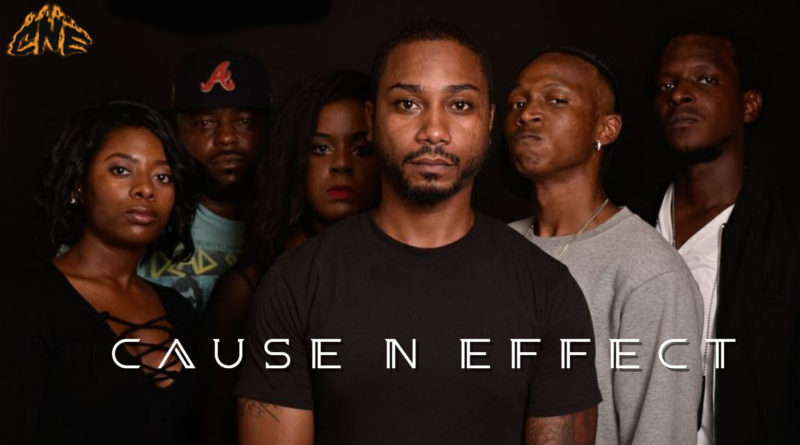 WunTu Media’s legendary producer and artist Sly Pyper, along with our new recording artist Amber L, joined the cast of the upcoming movie ‘Cause N Effect.’

The film, created and written by Kumali Neptune, and directed by Miles Triplett, tells the dramatic story of an ex-con who is released from prison to find that his family has been abducted by a mysterious figure from his past.

The ex-con, ‘Kuwsh’ played by actor Kuwsh Muhammad Martinez, must execute a series of tasks at a mystery person’s request to save his family.  In the midst doing of so, an elaborate and complex game of cat and mouse unfolds.

Mr. Neptune began writing stories as a child.  He started out by creating plays for his siblings to perform in his parents’ garage.  When asked about his screenwriting background, Mr. Neptune proudly stated,

“I have no official training or schooling for screenwriting.  Everything I learned about composition, pacing, story boarding, and character development came from self-taught intuition!”

From the looks of his incredible ‘Cause N Effect’ trailer, Mr. Neptune is truly a naturally gifted writer from the start!  In addition, he also serves as the film’s executive producer, along with Devion ‘Donnie’ Harris of Hazadous LLC.

Mr. Neptune is developing and writing several projects – some contracted work, and some of his own creation.  Over of the next few years, he plans on releasing his second and third independent projects, a drama/suspense thriller called ‘Coins’ and a horror concept called ‘Threshold.’  Beyond his screenplays, Mr. Neptune has plans to write his first graphic novel sometime in the near future.

WunTu Media looks forward to working with Mr. Neptune and the entire ‘Cause N Effect’ team.