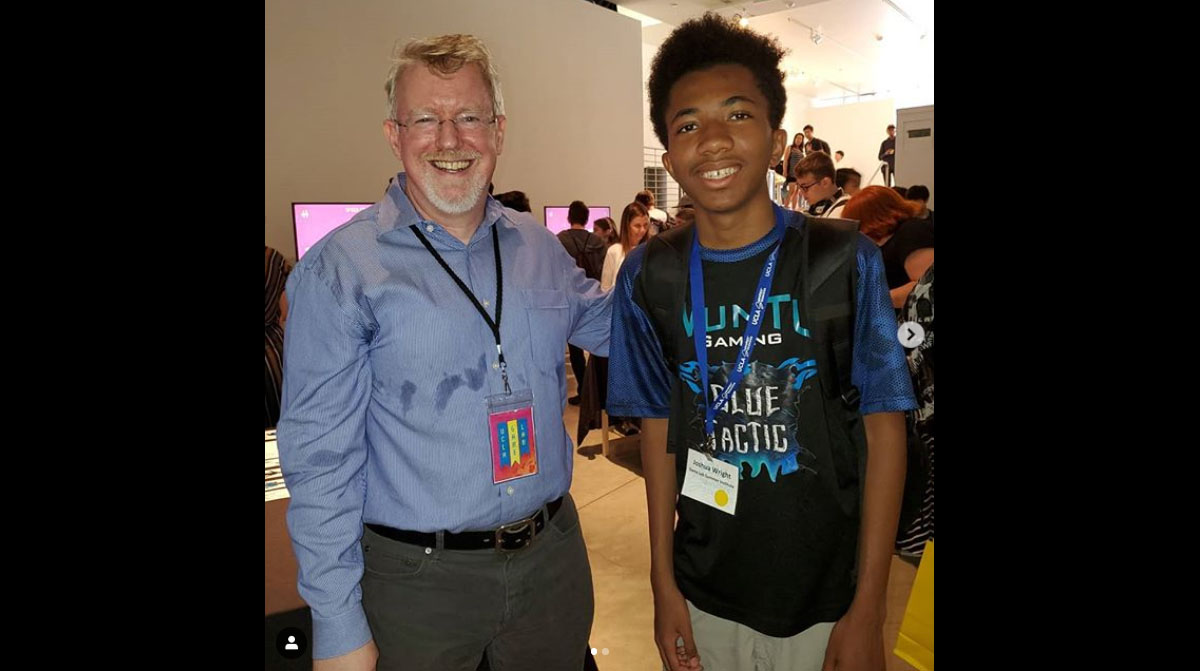 BlueTactic, a teen pro gamer, attended the University of California at Los Angeles (UCLA) Game Lab Institute. The Institute is a creative research center that introduces high school students that approaches game design and development as a discipline that combines technology and the arts. It specializes in using game technology for experimental and expressive applications and enables designers of all backgrounds to start making games.

Founded in 2009 by artist and game designer Eddo Stern, a professor in the Department of Design Media Arts, the lab is sponsored by the School of the Arts and Architecture and the School of Theater, Film, and Television. The lab’s mission is to foster the production of various game forms and game-related research along three areas of focus:

Students in the program develop a solid aesthetic and technical foundation in various aspects of game design–but just as importantly, they begin learning how to express their own, personal ideas through game-making and game art.

By the end of the two weeks, students create complete games or game assets in each of the four classes. Students leave the program with game art they can include in their college-application portfolios.

The institute also provides students with a rare opportunity to receive invaluable feedback that will prove useful to academic and career considerations in the gaming field and earn four units of pass/no pass UC credit.

Blue learned to make a several full games, which were exhibited during the final day of the program, and earned UCLA credits. In addition, he met with the program director and UCLA design faculty. He plans to revisit the campus in the near future.

BlueTactic is represented by WunTu Media, an Atlanta-based multi-media firm, specializing in the convergence of music, film, and gaming.  Our award winning team has a combined experience of over 75 years in the entertainment industry.  For media or business inquiries, please contact Media@WunTuMedia.com