From Poverty to Top Consultant: One Veteran’s Journey 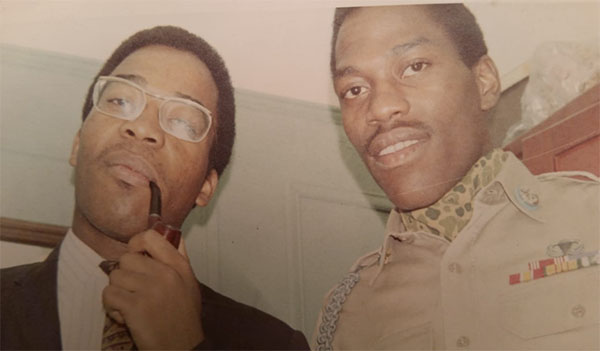 In honor of Veteran’s Day, WunTu Media sat down with one of our country’s veterans, Mr. Wendell Stowe, to learn how he overcame poverty, racism, and became a successful entrepreneur.

WUNTU MEDIA:   Can you share with us what was your life like back when you joined the military?

MR. WENDELL STOWE:  I grew up in a very poor family in Queens, NY.  My father,  worked in construction, and was also a pianist.  With six of us kids, we did not have much to eat.  One of my brothers, James [pictured above on the left of Mr. Wendell Stowe], took up our father’s talent in music at an early age.  He eventually became successful as a trombonist on the NY jazz scene, and even played on the hit funk classic ‘Funkin’ for Jamaica (NY).’

As for me, I wasn’t so musically talented!  My paper route only gave me small change to buy snacks.  However, I was able to save enough to buy a high school graduation suit!  I joined the military at 17 years old because in 1966, because if you were not in college you couldn’t get a decent job.  The only job you could get with an A1 draft status was cleaning bathrooms and working in the New York City garment district, delivering clothes to department stores!  So, I joined the service, with the possibility of getting into college with the GI Bill, when I finished serving.

When I joined, my father took me to the airport, and the last thing he said to me was, “Take care of your brothers and sisters!” I didn’t understand what he meant by that, but six months later he died.  I couldn’t believe it because I didn’t notice any illness at the time.  I came home to the funeral, and I tried to get out of service to help my mother who didn’t want to go on welfare, but the army claimed “I was not the sole survive son,” so I took on the responsibility of doing the things I had to do in service to get more pay! 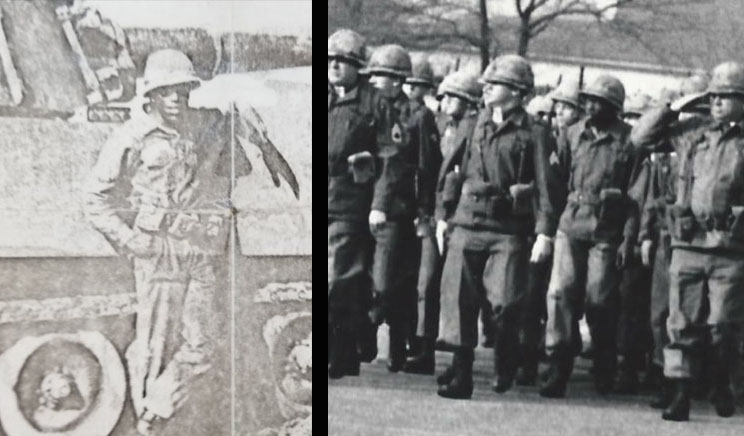 Above: Mr. Stowe on left, and 2nd from right.

I served in Fort Bragg with the 3rd Special Forces group. While I was there,  I met a colonel who turn out to be John Wayne.  They were filming a movie called ‘The Green Berets.’  I ended up been filmed in the movie, from a helicopter. It was interesting interacting with, and meeting different people.

WUNTU MEDIA:  While in the service, did you experience racism that so many other African American veterans speak of? 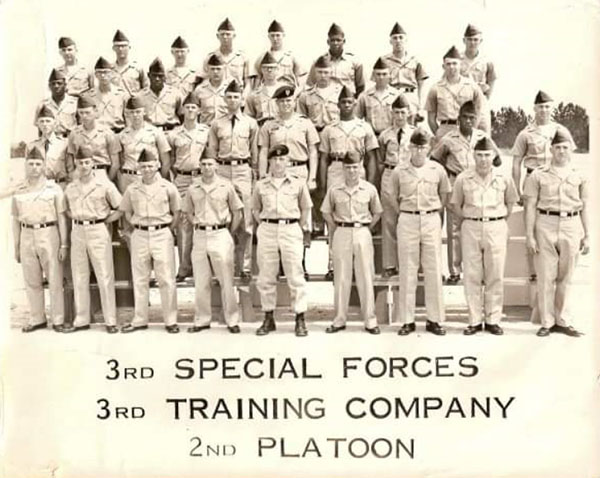 MR. WENDELL STOWE:   At Fort Bragg, we were given a physical training test, and I finished 2nd out of the 5000 troops in the group.  What really annoyed me was, the Captain told me, “There are over 5,000 guys here and most of them white.  How do you think they would feel if I gave you the trophy?”  I told him, “Sir you are not given me anything, I won the trophy,” and my platoon was very happy that I had won it!  Nevertheless, the captain did not give me the trophy that I won fair and square.  However, the situation just pushed me to work even harder. 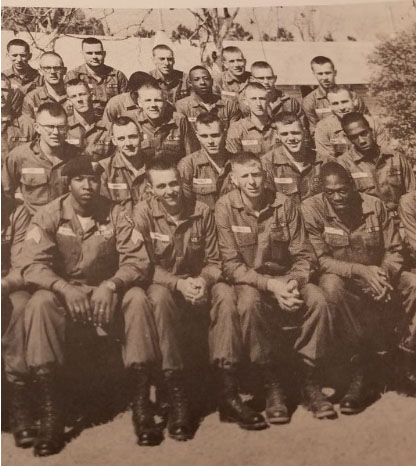 While training in a combat process, I was injured so badly that they sent me to Walter Reed Army Hospital, and I ended up meeting a very interesting person – Former President Eisenhower.  I spent eight long months gaining my strength in Walter Reed before being honorably and medically discharged.  The time I spent there and in the military perhaps taught me a great lesson, which was don’t give up.

WUNTU MEDIA:  What did you do when you returned home from the service?

MR. WENDELL STOWE:  After being discharged, I still didn’t have a college degree, so I worked on the West Side Highway in NYC, putting together box springs.  One day, while coming home from work, a stranger walked up to me, and asked me if I wanted to go to college.  He said, “We are starting a college in Jamaica, Queens NY, called York College.”  He then handed me his card, and told me all I had to do was go down to the office, and give them his card, and they will let me in.  That’s how I got into college!  I eventually ended up at New York University, and majored in computer science.

I became a great programmer working for Fortune 500 companies in New York, California, Philadelphia, North Carolina, and New Jersey.  As a result, started my own information technology consulting business.  I became well known in the industry for providing successful solutions to many businesses.

From my experiences over the years, I learned the benefits in helping people. Now, I’m a Service Officer at the Disable American Veteran (DAV Chapter 16 Somerville, NJ), working at a local hospital.  I learned that helping other including veterans is a truly rewarding experience.

WUNTU MEDIA:   Thank you for sharing your inspiring story with us, Mr. Stowe, and thank you for your service.