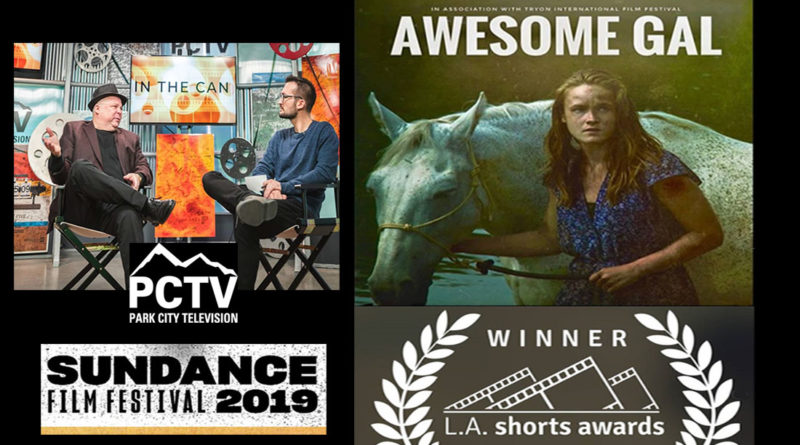 Awesome Gal, a film directed by Frank Calo, recently made waves at the Sundance Film Festival and won two LA Shorts Awards. Based upon the true story of an abused girl from the coal mines of West Virginia, and an abused Tennessee Walker horse, which seems to have no value, the two find each other, and help each other heal, creating an everlasting bound between them.

During Sundance, Park City TV interviewed Mr. Calo and actor Cameron Ring about the film, and it gained the attention of other media outlets as well.

In addition, the film won the January 2019 LA Shorts Awards for Best Director and for Best Trailer.

Written by Frank Calo & Rick Martinsen, the film features actress Sharon Spangler as “Sissy” and Cameron Ring as “Mountain Man.” Additional actors include Doug Sloan and Luke Conners as the Horse Trainers, and Layton Dudding, who plays a young boy.