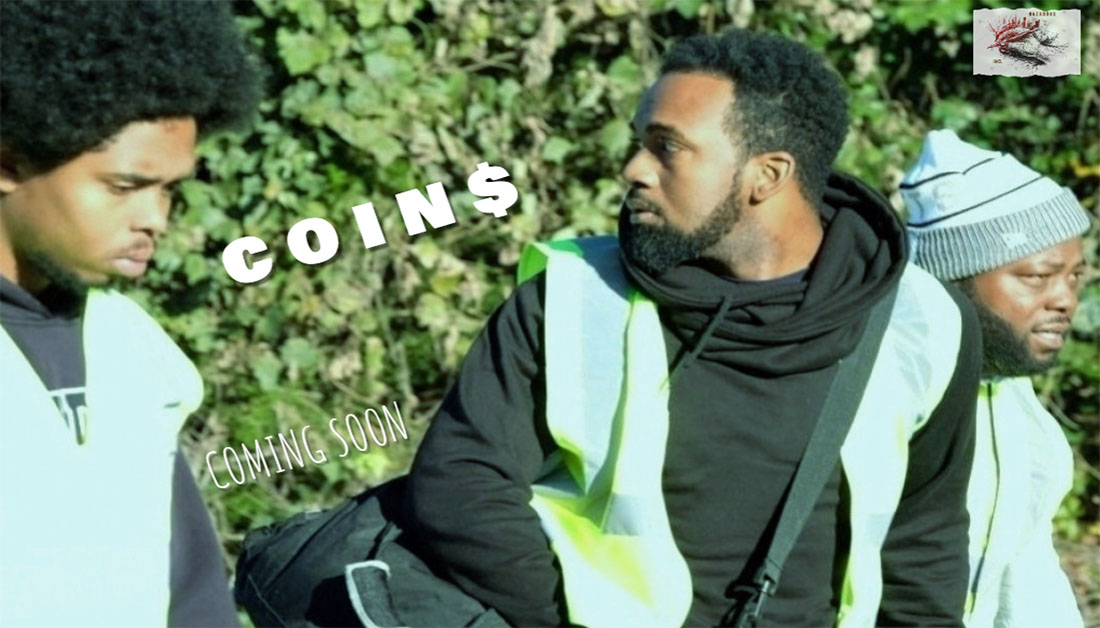 Imagine for a moment you and your siblings are struggling construction workers working on a job site, when all of a sudden you find duffel bags stuffed with millions of dollars.  What would you do?

That’s the premise behind ‘COIN$,’ a riveting film that delves into how three brothers deal with the ramifications of sudden wealth, and their strained relationships with each other, setting the stage for a rollercoaster ride of human emotions right from the start

When asked what inspired him to write the film, Mr. Kumali Neptune stated,

I’m fascinated by America’s obsession with money, and its dependency on it to function as a society.  It always amazed me how much importance we place upon pieces of paper that pretty much run the world. When I was at the lowest point in my life financially, I thought about what it would be like if I suddenly found millions of dollars.  How would that affect my life and the one’s around me?  What if I had to keep it a secret on top of that?  With the kind of friends and family I have, that would definitely be a struggle.  I was so moved in exploring that dynamic, that it led me to create ‘COIN$.’

Directed by Lorenzo Cavallo, the film features a talented cast including:

Mr. Neptune also serves as the film’s executive producer, along with Devion ‘Donnie’ Harris.  Under their Hazadous LLC film company, they have recently added WunTu Media artists Sly Pyper and Amber L to another one of their films, ‘Cause N Effect.’

The WunTu Media team and Hazadous LLC are excited to continue working together on films and other ventures.