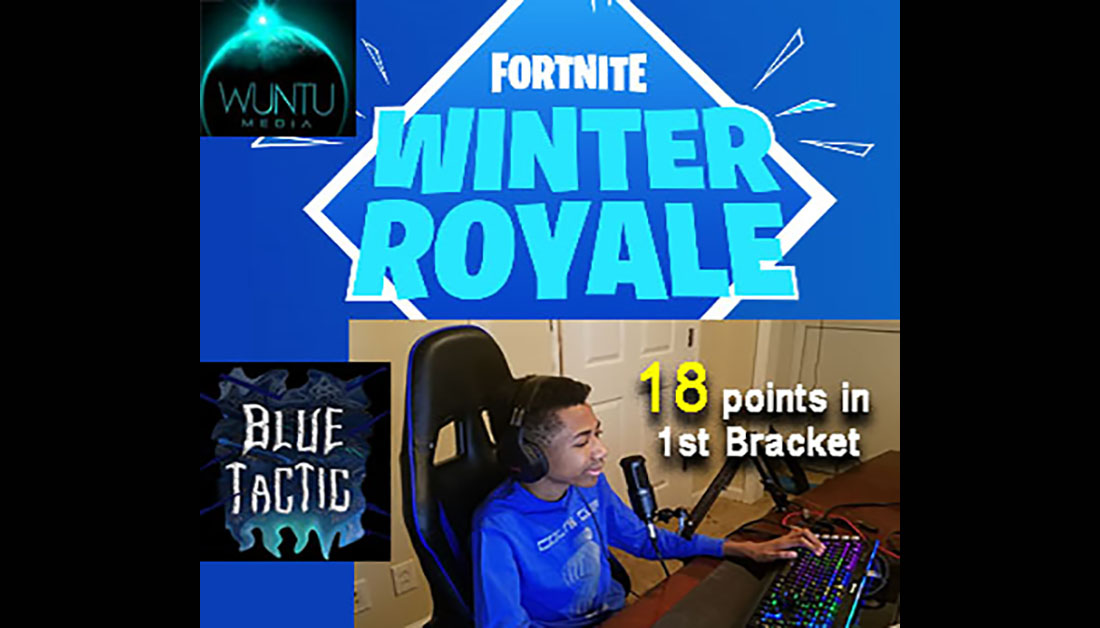 BlueTactic, a 14 yr old Pro Gamer from Atlanta, scored big in the recent Fortnite Winter Royale Tournament.  During the first bracket, Blue scored 18 points, which is considered to be among the best of the best within the Fortnite gaming community.  Blue also played with other top pro Fortnite players during the event.  Although he was unable to qualify in this tournament due to his young age, he looks forward to competing in more tournaments in the new upcoming Fortnite Season 7.