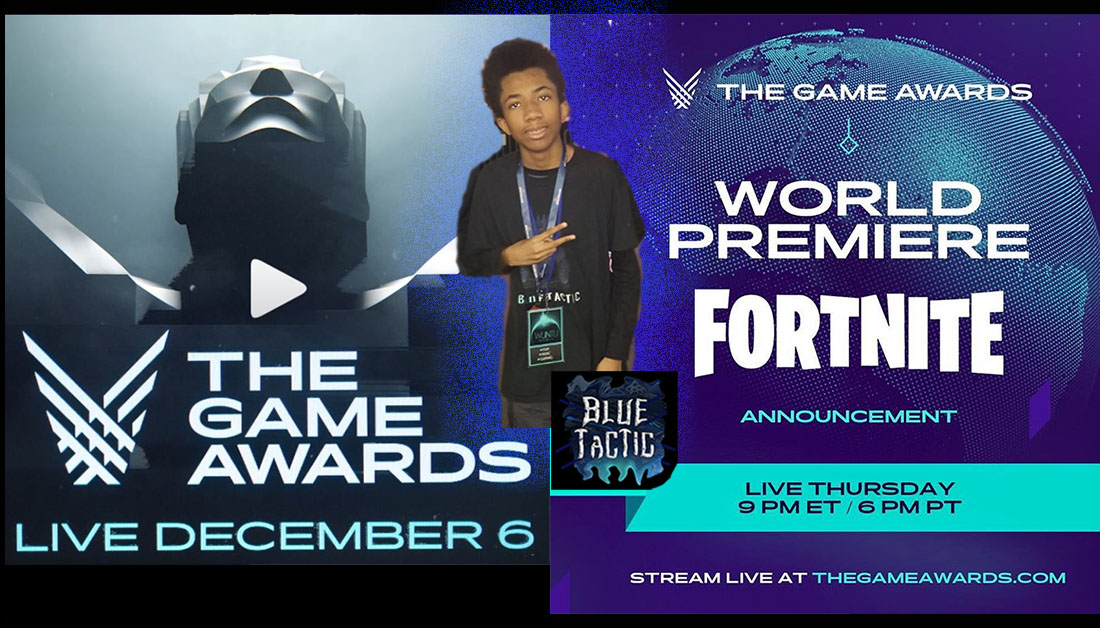 BlueTactic, a 14yr old Pro Gamer, will be streaming live from Los Angeles, during the annual Game Awards on Dec. 6th, 2018.  The Game Awards is the Super Bowl of the gaming industry, recognizing the best of the best, from all segments of gaming.

During the event, Epic Games, the maker of Fortnite, is expected to make a huge in-game announcement.  In addition, there new Season 7 starts off on the same day.  BlueTactic will be participating online in the game, and tweeting his commentary on the awards.

The Game Awards will begin at 8:30 pm Eastern time, and be shown through a multitude of outlets across the world.