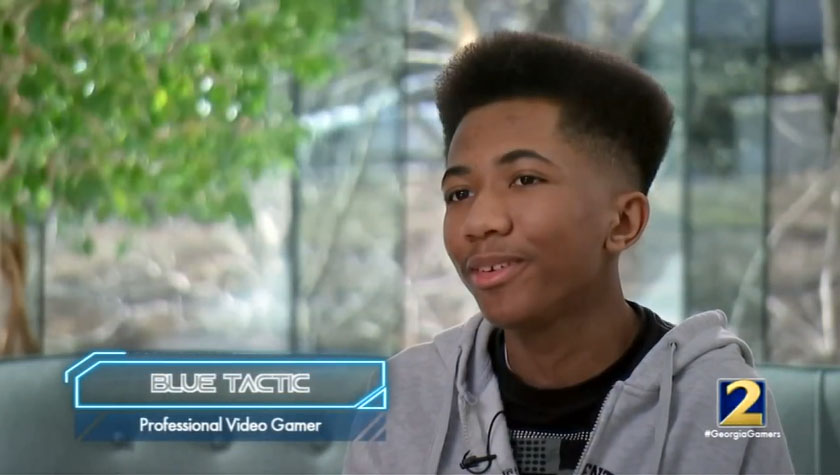 A rising star, BlueTactic, a 14yr old pro gamer, was featured on ‘Georgia Gamers’ a primetime TV special on ABC affiliate Channel 2 WSB-TV in Atlanta. The program discussed the gaming industry in the state of Georgia, and some of its key players and organizations.

The program aired on March 19th, and was the highest rated show during its time slot. It was seen by well over 100,000 viewers.

Check out the full video below:

BlueTactic and his father were interviewed by Producer Dorthey Daniels. Blue stated that he “Just wants to be the best player in the game.” His parents whole heartedly support his ambitions, believing that the skills he is learning he can also use in business, as well as other key aspects of life.

SoaR Gaming and Atlanta Reign, both pro teams from the Metro Atlanta area, were also featured, as well as representatives from HiRez Studios and the GA Game Developers Association. Special thanks to Ms. Daniels and the entire Channel 2 WSB-TV team.