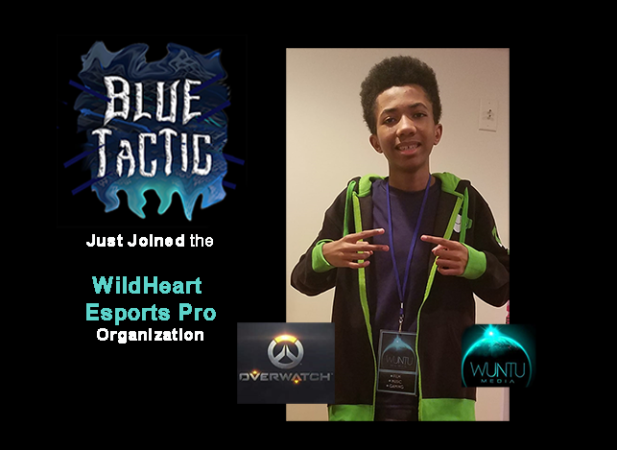 BlueTactic, a 14 year old competitive OverWatch and Fortnite gamer, joined a Pro Organization.  He will play on one of the group’s OverWatch teams.  In addition, he has joined two additional pro organizations as well, to provide them with additional support in both Fortnite and OverWatch.

Blue began playing OverWatch at the age of 11, and has played competitively with Grand Master level players.  During the Momocon OverWatch tournament, Blue’s team made it to the semi-final, and was defeated only by Clemson University Esports team.

In addition to OverWatch, Blue also plays competitive Fortnite.  He recently won his division in the High School Esports League (HSEL) Summer Fortnite PC tournament, and was interviewed by the league for his views on the new Fortnite Season 6.

The leading collegiate league, American Video Game League, recently invited Blue to DreamHack, the gaming industry’s largest convention each year.   Blue will be making an appearance during event, as well as streaming live for SAE Institute, the world’s leader in creative media education.