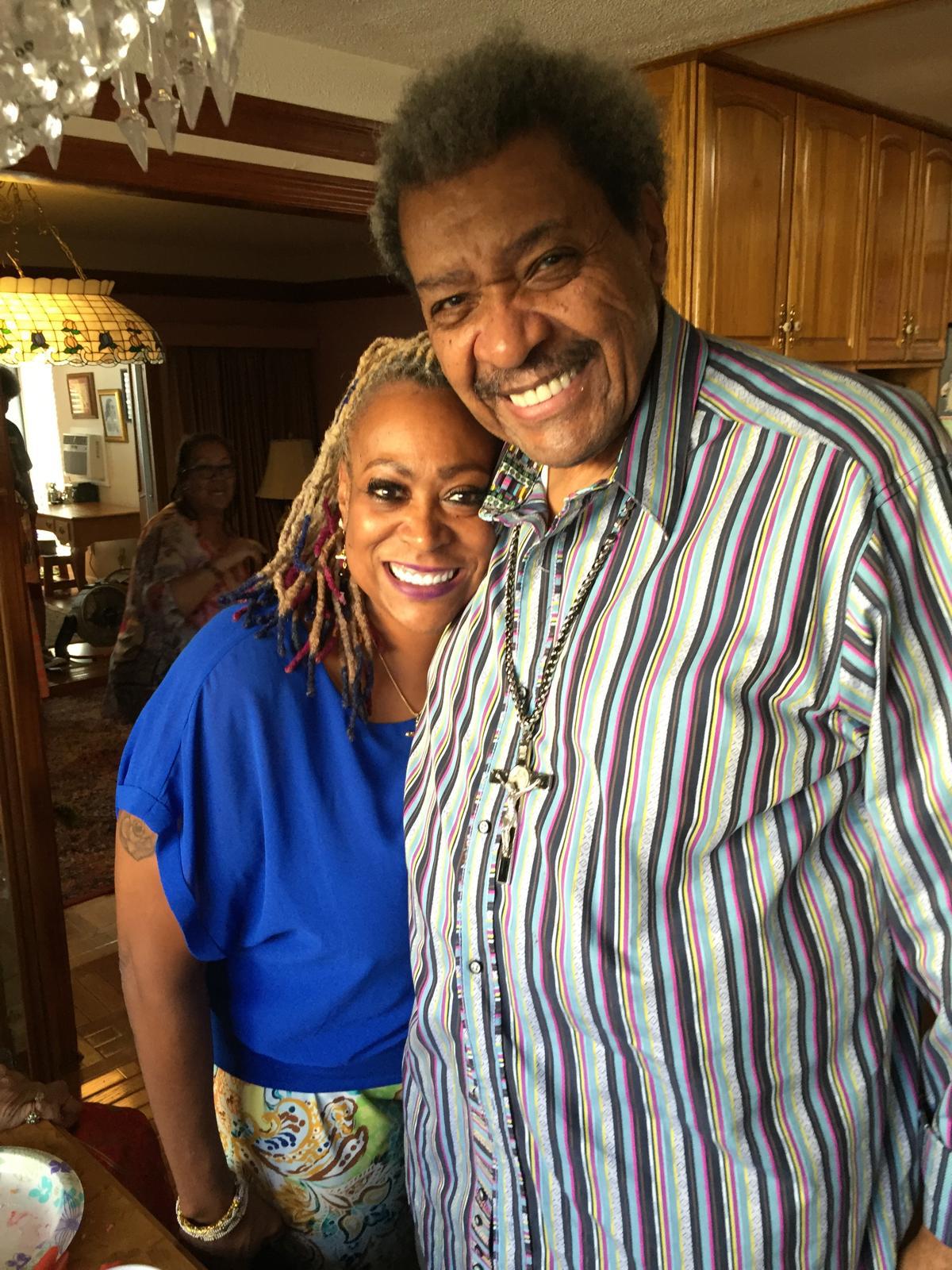 Happy 90th Birthday to Don King the greatest Promoter of all time.

With over 50 years of boxing, Don King, ‘DK’, has changed lives around the world in and out of the boxing arena.  DK has also changed how the boxing world has promoted fighter forever.  DK was the first promoter to accomplish many goals, such as: guarantee $1 million fight purses to featherweights, guarantee a boxer $10 million purse, receive $1 million for delivering a network television a prime-time boing match, sell a fight for $2 million to a network, place 2 world heavyweight title bouts on the same card, sell Home Box Office a heavyweight world title fight and a fight for $2 million and establish his own television network (DKSEN).  However, even with how great these accomplishments are along with many others, they are not the most important. DK has silently fought discrimination and has been a silent benefactor of many colleges and other organizations for his entire life. It did not matter if you were black, white, Jewish, or you checked the other box, DK was there for you.  During these Birthday Wishes we have learned how he would see a young person that didn’t have enough money to buy their meal and DK would buy food for everyone in the restaurant.

During our Zoom calls we learned a lot about DK:

One of the most amazing stories we received is from the second or third generation boxers, the up-and-coming boxers that followed in their father’s footsteps.

DK would leave every person with a quote to live by, as one young lady explained…at a fight…DK said “Always have a winner on your arm. And you will be a winner also”.

The people that were close to Don King called him by his first name ‘DK’.

DK did not look race, creed, or gender, he looked at the man or woman for their ability and pushed them to be great while impowering them equally.

DK made millionaires out men and woman.

DK has greatly influenced other counties by bringing in boxing.

Harvard Business is doing a case study on one of DK’s business deals as he put it together so well.

DK put all the smartest people around him starting with better-half, Henrietta King.  God bless her soul, she was his beloved wife for over 50 years that supported him and structured his every move. Together they created history and even helped change laws for every American.

Dr. Deborah King of, not for profit, Take Life To Save A Life & HollyWood Wright of WunTu Media and the WunTu Media team donated thousands of hours to perform zoom calls for the surprise birthday messages that are now streaming.

We would like to thank all 100’s people that took time out their busy schedules to say happy birthday and take a minute to tell a story that only DK would know.

Entertainers, celebrities, and of course boxers come out to wish DK a Happy Birthday.

From Saudi to South Africa to Dubai to NY to China, thank you for wishing DK a surprise Happy Birthday Zoom Call.

HollyWood Wright “Don King is the best untold story ever. Don, his wife and family should be a movie and a mini series. We donated our time to celebrate the life of DK and did we get a story of who DK Don King really is… We laughed, we cried and we learned about stories that were never told before from friends and people around the world. Thank you Dr. Deborah King and Don King, DK, for letting me learn about what it took to be great.

ONLY IN AMERICA… I understand now what that really means.”

WE ARE STILL PROVIDING ZOOM CALLS FOR DON KING TO PRIVATELY WISH HIM A HAPPY BIRTHDAY.

Dr. Deborah has supplied pictures from the Don king organization.

One thought on “Don King ~ Happy Birthday from your Daughter Dr. Deborah King via The @WunTuMedia Family”