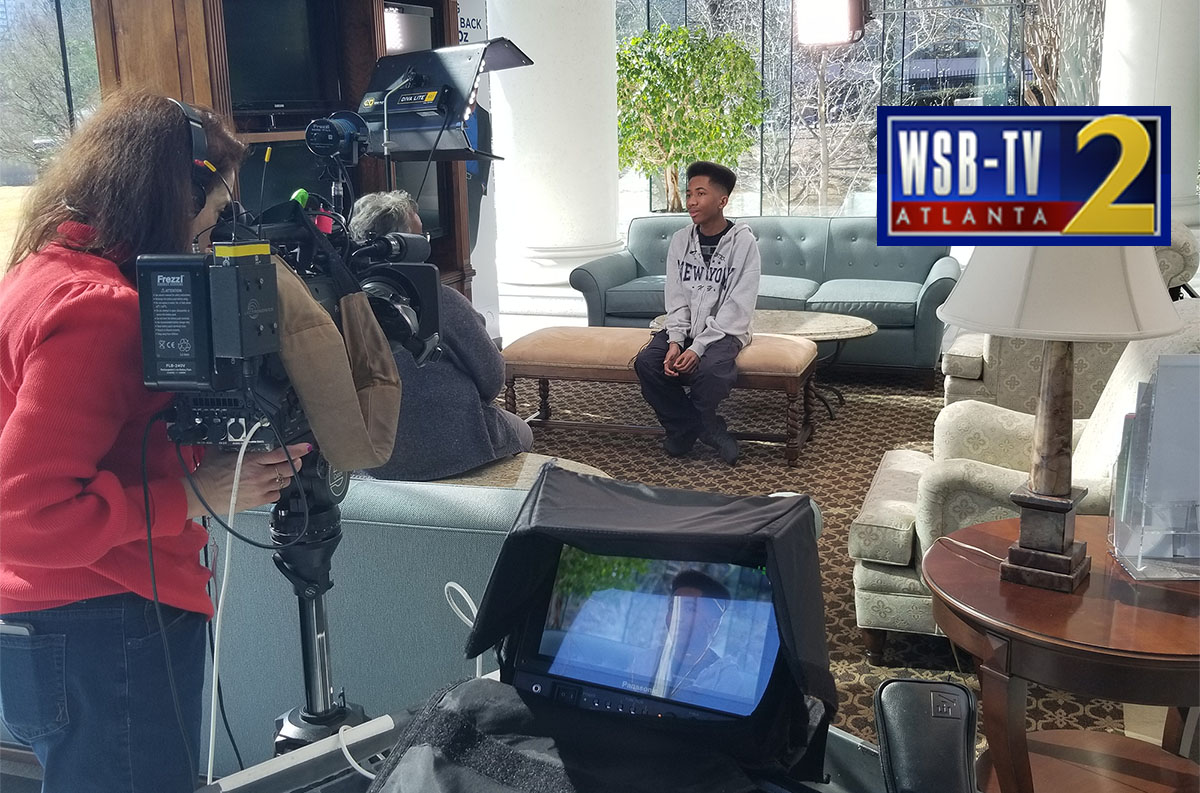 BlueTactic, a 14 yr old pro gamer, was interviewed during Super Bowl week by WSB-TV Channel 2 News in Atlanta. The young gamer will be featured in an upcoming national Primetime TV special on gaming.

During Super Bowl weekend in Atlanta, WSB-TV also filmed Blue during the STEM Wars Esports Bowl event, held at the Andrew & Walter Young Family YMCA. Blue sat in on a panel discussion on gaming, along with representatives of WunTu Media. In addition, Blue showed his Fortnite game skills and shared gaming tips with over 500 students from Metro Atlanta.