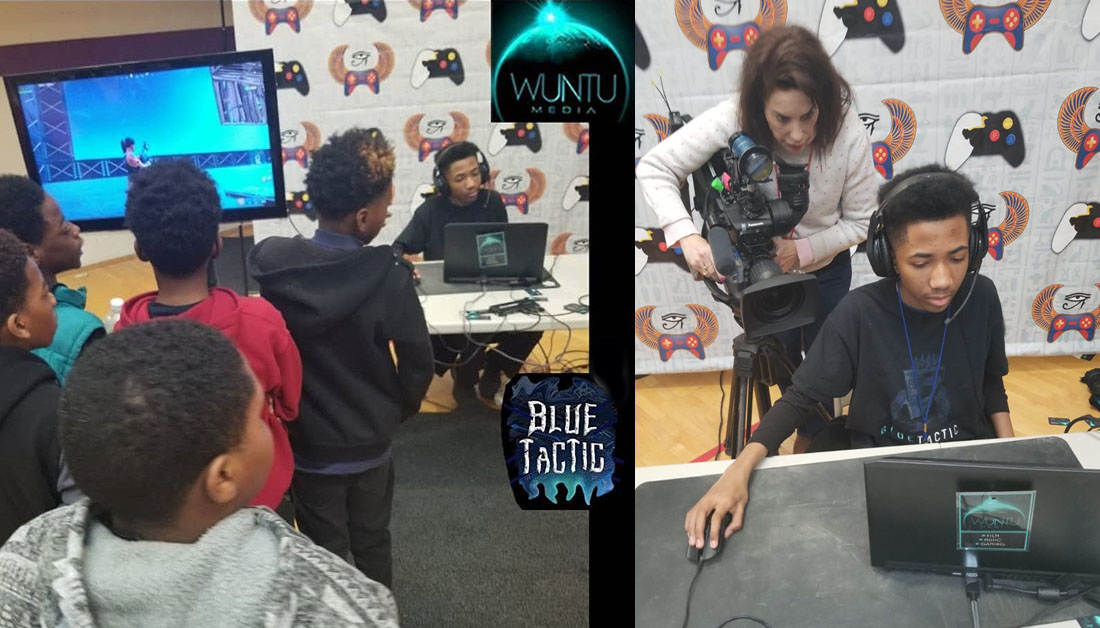 Blue sat in on a discussion panel on gaming with WunTu Media representatives, including legendary producer Sly Pyper. Blue also showed his Fortnite game skills to the students, and was interviewed by several media outlets from Atlanta.

The event was a tremendous success. Special thanks to WSB-TV Atlanta, who filmed Blue during the event, and to SUP Creative Group, Pharoah’s Conclave, and the Andrew & Walter Young Family YMCA.