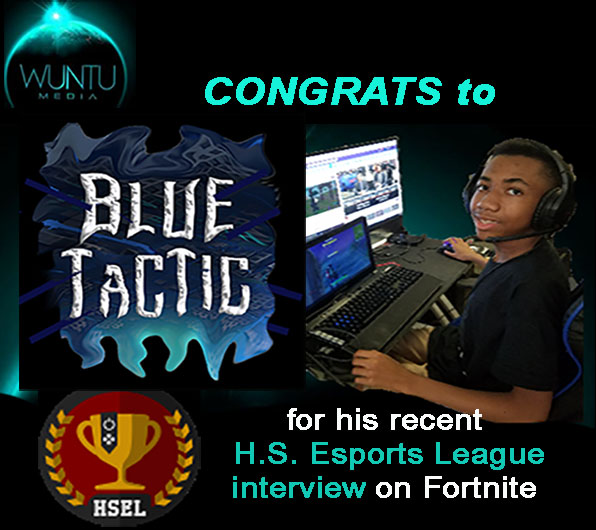 Every 2-3 months a new season starts in Fortnite and a new New Major begins in HSEL. Fortnite is a game that has everything from new area desert sand biome to Warp areas that throw you up above in the sky. Even with the addition of the new weapons and vehicles, drastic game changes are still controversial in the community, much like the Jetpack was and had been eventually removed.  I sat down and talked to BlueTactic a player in our league about the recent changes to Fortnite.  To also bring around some much needed discussion on how the game has been thriving and how it would change in the near future.  This is especially important.

Reese: For the new season of Fortnite, is there anything to you regarding weapons that you think is broken?  Something that needs to be rebalanced?

BlueTactic:  The New SMG is extremely broken.  I don’t like the change to a spread-focused game where a very bad player can glance at a very good player and get all crits, and they just die without the chance to even build.  All SMGs and ARs need to be rebalanced; SMG bullets simply go too far. ARs are a little broken because of ghost peaking. That does take skill, but I think a little more recoil is in order.

Reese: Do you like that seasons are only 2 months at a time?  Due to the ever changing nature of the game do you think the new vehicle will be removed?

BlueTactic: Seasons being only two months long, and Epic updating the game so much risks the player base burning out, running out of ideas, rushing, and not letting the competitive community develop. Changing the game so much and so often makes it so top level creators, such as Ninja and Myth will have to choose competitive play vs streaming because of 12-15 hr scrims daily, while trying to adapt to the new game changing event. This is what happens to League of Legend pros when Riot updates the game every two weeks. Strats get destroyed by map changes right before big tourneys and it’s a mess.

Reese: Is there anything that you want see added, like a longer time to glide in and not be forced after getting so close to the ground?

BlueTactic:  In the new season, there was a lot of things that did a lot to rotations: ATKs, rifts, and dusty divot (the removal of hop rocks so now it’s a resource rotation).  ATKs will probably not be removed, unless they plan to replace the Southeast every season.

Reese:  Any new locations you would like to be seen added into the game, just as they have added the new terrains despite not having a big impact on the game?  What if there was dynamic environment changes but on a bigger scale, is that something you would like to see?

BlueTactic: I think they need to change things around the Northwest / North of the map because of the horrible rotation, and way too many mountains.  Otherwise it’s in a good spot. I think it is in a good spot and less extreme changes mapwise is a good idea.  But Moisty did need changing.  I also feel the wailing should never be changed because it’s the only consistent building practice spot.

BlueTactic: I think less changes to the map is more for competitive players, as long as they just time the patches properly.  There shouldn’t be a 250k tourney right after season 5 comes out.  If you mean dynamic changes in mid game, they rely way too much on RNG.  You can already die from there not being any rifts. Think about it, if the whole map is like that!  Fortnite is already RNG heavy as it is.

BlueTactic recently won his division in the HSEL Summer Fornite PC Tournament and regularly plays with Pro players.  With the esports and gaming community gaining more attention in the sports world, BlueTactic is one gamer to keep an eye on.